The Social Security System (SSS) will release P6 billion for the 13th month pensions of nearly 1.9 million pensioners in December, as part of its annual year-end tradition that began in 1988.

The 13th month pension of retirees and survivor pensioners is equal to the amount of their regular monthly pensions, while it excludes the carer’s allowance for disability pensioners.

SSS members or their beneficiaries can withdraw their December and 13th month pensions on a schedule based on the members’ contingency date for retirement, disability or death.

Based on current SSS records, the average basic monthly pension amounts to P3,157. 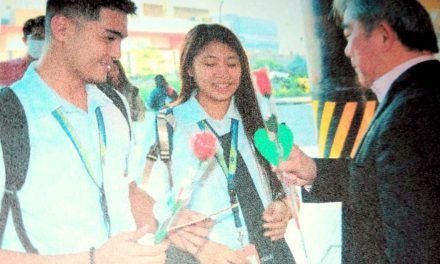 A VALENTINE MESSAGE TO TEENS FROM POPCOM