The Department of Agriculture – Bureau of Fisheries and Aquatic Resources (DA-BFAR) held its topping out of the New Main Building on June 20, 2016. Topping out is the business construction language when the last beam is placed on top of the structure.

Highlights of the event was the topping of its last beam of the structure of the Main Building. UnderSecretary and National Director, Atty. Asis G. Perez, Regional Directors and its Representatives, Engineers and Architects that constructed the buildings led this event.

Director Atty. Asis G. Perez delivered his Opening Message/Remarks. In his Speech, he elaborated, spoke with confidence and pride that he have done his best to perform his duties and discharged his responsibilities vested on him in his capacity as UnderSecretary and National Director of Atty. Asis G. Perez

In his entire term, he played a vital role in achieving the highest expectations that his office could ever done, The remarkable and the most significant one is that after 69 years of waiting, the dream to have a building of its own has now come to realization. He exerted all efforts to make this possible. The government-owned building would house the entire employees of the agencies Central Office.

According to him, the new Central Office would usher new hopes and aspirations for the employees in order to level up in rendering services in the countries Fishing Industries.

During the interview with the outgoing Undersecretary and National Director, Atty. Asis G. Perez had been asked that with the New Administration and likewise with the New Building of its own if there is now a possibility that BFAR would become a DEPARTMENT.

In this regard, Atty. Asis G. Perez emphasized that during their meetings they have discussed this issue several times. The truth of the matter is that there were some Cabinet members in favor of pushing this issue, and if ever, they wold rename BFAR with Department of Ocean and Fisheries.(Click picture below to enlarge) 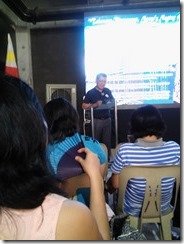 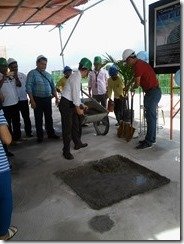 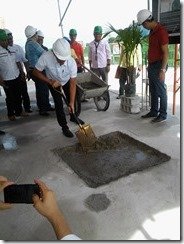 Media Force Get together Party