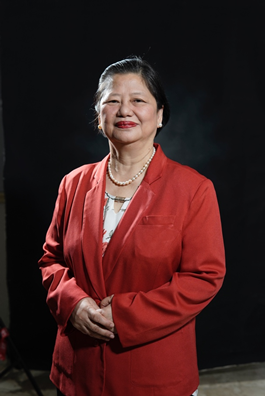 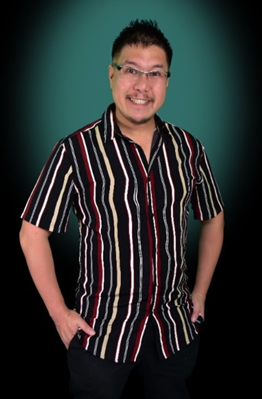 Dr. Lucille Abad (left) and Dr. Custer Deocaris (right) from DOST-PNRI were among the 10 awardees for Outstanding Filipino Researchers under the DOST-NRCP Achievement Awards.

During the Annual Scientific Conference and 87th General Membership Assembly of the National Research Council of the Philippines (DOST-NRCP), several scientists and researchers from the Department of Science and Technology – Philippine Nuclear Research Institute (DOST-PNRI) received several awards.

Dr. Lucille Abad and Dr. Custer Deocaris of the DOST-PNRI Atomic Research Division were among the ten awardees for Outstanding Filipino Researchers under the DOST-NRCP Achievement Awards. Awardees in this category were recognized for their significant contributions to their respective fields and research advancements that benefited the different sectors of economy.

Dr. Abad, DOST-NCRP awardee for DOST-NRCP’s Division of Chemical Sciences, is a Scientist III and a Civil Service Commission Dangal ng Bayan awardee. The hardworking scientist is currently the chief of the Institute’s Atomic Research Division. She is a radiation chemistry specialist who served as lead project coordinator for various projects by the International Atomic Energy Agency involving radiation processing for agricultural, industrial, and medical purposes. Among her major R&D projects are the Carrageenan Plant Growth Promoter that increases the yield of rice and other crops and the Hydrogel Wound Dressing for burns, wounds, and bedsores.

On the other hand, Dr. Deocaris is the DOST-NCRP awardee for the Division of Biological Sciences and currently a senior science research specialist at the DOST-PNRI’s Biomedical Research Section.  He was the former Research Chief at the Commission on Higher Education. Dr. Deocaris is a multi-awarded S&T broadcast journalist and also a DOST Balik Scientist with a wide range of postdoctoral work in neuroscience, sports science, and embryology.

The said winning research poster highlighted DOST-PNRI’s development of radiation-processed hemostats that are used to reduce or stop the bleeding in wounds during emergencies and surgical procedures. Incidentally, DOST-NRCP’s annual conference and general assembly, which was held online this year, adopted the theme “Research for Public Good” to highlight its thrust towards increased accountability and inclusivity in its objectives and research directions.

Serving as an advisory body, DOST-NRCP is a collegial body of scientists and researchers that provides policy recommendations and invaluable support for the country’s ever-growing R&D efforts which contribute to national development.