WHO IS USEC. BRENDA L. NAZARETH-MANZANO 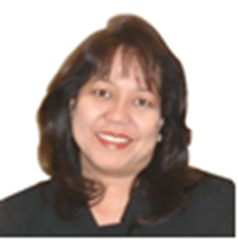 A transformational leader, Usec. Brenda believed that in this fast-changing world, growth and change are inevitable… that if we want to catch up with the rest of the world, we have to improve our ways, no matter how drastic the changes may be. It was her transformational leadership that led to the attainment by DOST IX – the organization she handled for more than two (2) decades – of having the distinction as the first DOST Regional Office to have been conferred the Philippine Quality Award (PQA) Level 1: Recognition for Commitment to Quality Management (in 2012) and PQA Level 2 – Recognition for Proficiency in Quality Management (in 2017). She also inspired four (4) other DOST Regional Offices to embark on the quality excellence journey. With her guidance and leadership, there are now five (5) DOST Regional Offices that have been conferred with PQA – three (3) Regional Offices with PQA level 2 (DOST II, DOST IX, and DOST XI) and two (2) Regional Offices with PQA level 1 (DOST CALABARZON and DOST VIII).

DOST has been a home to Usec. Brenda. After graduating from college in 1983, she started working for the National Science and Technology Authority (now DOST) then as a Science Research Specialist 1. She rose from the ranks to become the Officer-in-Charge, Office of the Regional Director of DOST-IX in March 1991, when she was just around 29 years old. She then took her oath as the full-fledged DOST-IX Regional Director in January 1992. Twenty-five (25) years after, she became the DOST’s Undersecretary for Regional Operations in January 2017.

A model leader and a recognized public manager that she was, Usec. Brenda received several awards such as the 2012 GAWAD CES Presidential Award, the 2005 Distinguished Alumni Award conferred by the AIT Alumni Association’s Mother and Philippine Chapters, the Regional Outstanding Lady Executive, and the Golden Heart Medallion Award for Excellence in Science Promotion, Research and Development, and Technology Transfer, among many others. She is also a Career Executive Service Officer I. NASA at the 2018 National Science and Technology Week Bringing health technologies to the Bicolano people through Biotek-M