The project titled “Pangtawid Project for the Rehabilitation of Davao Oriental and Compostella Valley was brought about by typhoon Pablo.

Farming of fast-growing seaweed varieties of Kappaphycus and Euchema, such as the Sacol and Tambalang varieties, is an economical livelihood alternative for residents in coastal communities.
It is also one of the important industries that contribute to the country’s economy, especially since the country produces more than 92% of the world’s supply of Euchema.

The details of this project was presented by the project leader, Cyril Tom Ranara of the Davao del Norte State College (DNSC) during the Seaweed Fiesta held at the Passig Islet, Bato, Santa Cruz, Davao del Sur on November 27 and 28, 2014.

The five barangays identified in Compostela Valley were Barangay Cuambog and Bongabong while those in Davao Oriental were Barangay Poblacion, San Victor, and Kinablangan. Four hands-on training on seaweed production were conducted in the two provinces which benefited 141 fisherfolk and members of the local government unit (LGU). The trainings were held from July to November 2013.

Aside from the trainings, the project also ensured that seaweed farms and seaweed seedling banks were established. Employing the raft culture method in establishing the farms, the technology ensures a two month-growing period before harvest. From 70 metric tons of seedlings given to the five barangays, about 288 metric tons of seaweeds were estimated as net harvest.

The event is part of the Farming and Industries Encounters through the Science and Technology Agenda or FIESTA, a DOST-PCAARRD initiative.

FIESTA is a technology transfer modality that bridges farmers and the micro, small, and medium-scale industries through a science and technology-based platform. 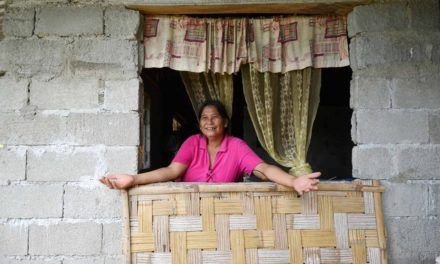 TASTE OF THE FILIPINO CULTURE