The effects of climate change may have challenged rice farmers in Bicol Region but the Department of Agriculture (DA) Regional Office 5 has swiftly responded to cover production shortfall forecast.

Mr. Cesar V. Calleja, Regional Statistics Officer of the Bureau of Agricultural Statistics said that the late start of the rainy season has delayed planting of rice in the region, decreasing the forecasted yield to 27.29% for the third quarter compared to the same period last year.

“Planting of rice that normally starts in the months of May and June has been moved to July and August due to absence or lack of rainfall during these months.   In addition, about 28,400 hectares of rice plants, majority still   in the seedbed, newly planted or in vegetative stage have been damaged by typhoon Glenda,” said Calleja, adding that the figures translate to around 97,898 MT of production losses for the region.

In response to these climate change challenges faced by Bicol rice farmers, the DA regional office has launched the Bicol Rehabilitation Assistance for Glenda in the Agriculture Sector, a massive effort to rehabilitate farms and recover from the resulting losses before the end of the year.

Initially, 6,000 bags certified seeds were distributed to the provinces of Sorsogon, Albay, and Camarines Sur during the series of visits and provincial launching activities of the rehabilitation program of DA Secretary Proceso Alcala.

A total of 18,370 bags of fertilizers good for 9, 185 hectares have also been distributed to the six provinces, also under the RAY funds.  Farm machineries have also been made available for use to realize the target of immediately rehabilitating the 28,400 damaged rice areas   to generate around 106,945 MT of additional rice production.

“This will be more than enough to cover the forecasted production shortfall,” said OIC Regional Executive Director Abelardo Bragas.

He explained that in the event that only 50% of the damaged   area or about 14,200 hectares would be rehabilitated, only 53,472 MT of additional palay would be harvested.

“This will be 9,050 MT short of the region’s production target for the year but enough to generate an increase of 2.65% or an additional 32,916MT over last year’s production,” he said.

Meanwhile, Secretary Alcala said that recent experiences on the devastating effects of climate change in agriculture have brought lessons both to the farmers and the government.

“We need to identify innovations and new technologies for farmers to effectively adapt to climate change. In the face of overwhelmingly changing climate patterns, we have to further capacitate our farmers to become climate- and disaster-smart,” Alcala said. 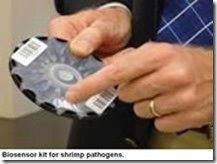