MANILA, Philippines, 18 June 2015 – The National MILO Marathon, the country’s most prestigious running event, is set to mark its 39th season this year, with the first of 18 regional legs set in Dagupan on June 28. A globally-renowned race event, the MILO Marathon continues to attract not only running enthusiasts and professional athletes, but also runners from all walks of life from across the country and internationally. The National MILO Marathon expects 230,000 runners to participate this season. Throughout the years, the esteemed race has not only catered to professional athletes but also welcomed aspiring runners in the 3-K and 5-K distances where young aspiring sprinters have emerged as division winners.

Aside from the new race locations in Balanga and Calapan, runners will surely look forward to this year’s National Finals, which will be held in Angeles, Pampanga on December 6. Through these new venues, MILO will provide participants fresh challenges with better race routes which showcase the great running experience that the MILO Marathon is known for. “With these routes, runners will be able to get a chance to enjoy being away from the hustle and bustle of Metro Manila, with less traffic and pollution. We believe that our runners will appreciate this,” said Rio Dela Cruz, MILO Marathon Race Organizer.

Last year’s winners Rafael Poliquit and Mary Joy Tabal will be looking to defend their coveted National MILO Marathon King and Queen crowns as they go head-to-head with the country’s best this season. In line with MILO’s commitment in supporting the country’s finest athletes in establishing their prowess in the global competitive arena, this year’s National Finals victors will be given a chance to join the 2016 Boston Marathon, one of the six World Marathon Majors, and the world’s oldest annual marathon which ranks as one of the world’s best-known road racing events. “The Boston Marathon is considered as the Mecca of all races, where the best of the best runners compete. We at MILO believe that our Filipino runners have what it takes to go head-to-head with the world’s finest athletes,” said Andrew Neri, MILO Sports Marketing Manager. “It will surely be a challenging yet fulfilling experience for our 2015 MILO Marathon King and Queen as they represent our country with pride in the Boston Marathon.

To further inspire the 42K homegrown runners to push their limits and help champions move forward, local runners who finish amongst the top winners of the open category will also win the prize for the local category corresponding to their respective ranks. Bonus prizes will also be given to the first runner who breaks the 2:15:00 invisible time barrier (Php 100,000), the first male runner who breaks the 2:18:53 men’s course record of 5-time MILO Marathon King Eduardo Buenavista (Php 50,000), and the first female runner who breaks the 2:48:00 women’s course record of back-to-back MILO Marathon Queen Mary Joy Tabal (Php 50,000). “We want to provide our Filipino runners the motivation and additional level of competition, and support them in their journey as champions,” added Neri. “We at MILO believe that everyone has different reasons for running, but all runners keep moving forward as they tread the way to becoming a champion. We invite everyone to join us in the 39th National MILO Marathon and let their champion story begin.”

The National MILO Marathon is not only a breeding ground for local talents but also a program that empowers children nationwide. For the past 5 years, the National MILO Marathon’s Help Give Shoes advocacy, in partnership with the Department of Education, has inspired 50,000 aspiring athletes to fulfill their dreams by donating brand new pairs of running shoes. Php 10 from every runner’s registration fee will be allotted to the advocacy. MILO will then match the proceeds and work with the Department of Education to select 10,000 deserving public school student beneficiaries for this year.

The 39th National MILO Marathon is made possible by Timex, the Bayview Park Hotel Manila, ASICS and Smart, along with endorsements from the Department of Education, Philippine Sports Commission and the Philippine Olympic Committee. 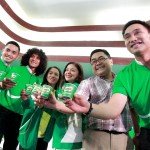 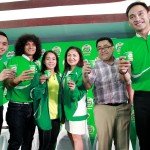 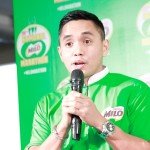 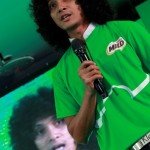 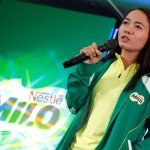 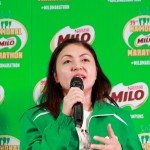 The MILO brand is the world’s leading chocolate malt beverage that can be prepared with hot or cold milk or water. MILO also promotes participation in sports through its Summer Sports Clinics, MILO-B.E.S.T. Center Training Program, MILO Marathon, and MILO Little Olympics. The leading beverage brand believes that these contribute to the holistic development of Filipino champions in sports and in life.

About the National MILO Marathon

The National MILO Marathon is an annual marathon event open to amateur and professional runners. From its humble beginnings in 1974 as a single marathon race in Metro Manila attended by 747 participants, the National MILO Marathon has grown to be the biggest, longest, grandest national running event in the country attracting more than hundreds of thousands of runners across the country.

The National MILO Marathon has grown into a globally renowned running event having been certified by the Association of International Marathons (AIMS) and International Association of Athletics Federations (IAAF), and hosts foreign marathoners from Kenya, Ethiopia, and other countries across the world. The race is organized by RunRio, Inc.

Over a hundred years after it first started operations in the country, Nestle Philippines, Inc. (NPI) today is a robust and stable organization, proud of its role in bringing the best food and beverage throughout the stages of the Filipino consumers’ lives. The Company employs nearly 4,000 men and women nationwide, and is now among the country’s Top 8 Corporations. Driven by its mission to nurture generations of Filipino families, Nestle today produces and markets products under some of the country’s well-known brands such as NESCAFE, NIDO, MILO, NESTEA, MAGGI, BEAR BRAND, NESTLE and Purina, among others. Its product range has expanded to include coffee, milk, beverages, non-dairy creamer, food, infant nutrition, ice cream and chilled dairy, breakfast cereals, confectionery and pet care.