Only a month after the promulgation of its newly signed Implementing Rules and Regulations (IRR), Republic Act (RA) 10654, which amended the Philippine Fisheries Code of 1998, is the highlight of this year’s celebration of the Fish Conservation Week.

The weeklong occasion kicked off with a Flag Raising Ceremony followed by a Holy Mass attended by BFAR officials, personnel and guests. Aiming to showcase the country’s rich and thriving fisheries industry, an exhibit of regional seafood products dubbed as “A Taste of Seafood” also opened today at the PCA Covered Court in Diliman, Quezon City and will last until Wednesday, October 21.

Among the features of this year’s celebration are the ISDAMOVES group dance competition and the “Bayani Ko Sa Pangisdaan: The Search for Heroes of the Youth on Fish Conservation Documentary-Making Contest.”

The festive gathering also had no shortage of gastronomic delight. BFAR personnel and guests shared a sumptuous serving of boodle fight for lunch which included different seafood dishes such as calamari, garlic buttered shrimp and yellow fin tuna steak.

The annual event comes one month after Agriculture Secretary Proceso J. Alcala signed the IRR of RA 10654 or “an Act that prevents, deters and eliminates illegal, unreported and unregulated (IUU) fishing, amending Republic Act No. 8550, otherwise known as ‘The Philippine Fisheries Code of 1998 and for other purposes,’” which lapsed into law February this year. A drafting committee composed of fisheries stakeholders and representatives from other sectors worked six long tedious months and a total of 20 deliberation sessions in crafting the IRR.

Among other activities lined up during the week are technical symposia on different topics such as food safety, opportunities in capture fisheries, and climate change resilient aquaculture.

The first session of the review and updating of the Comprehensive National Fisheries Industry Development Plan will also commence on October 21-22 at the Tanza Oasis Hotel in Tanza, Cavite. Also happening in the same venue is the stakeholders’ night also known as “Gabi ng Parangal sa Mga Kabalikat ng Pangisdaan” as the culminating event of the Fish Con 2015. Winners of the Bayani Ko Sa Pangisdaan will also be awarded during the event.(DA-BFAR) 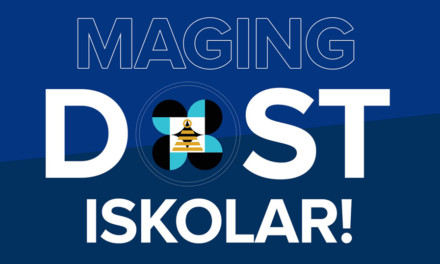