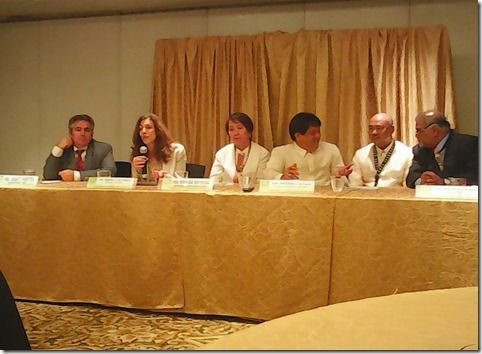 The Philippines has played a leading role on the global family farming advocacy from the presentation of the idea of the 2014 International Year of Family Farming (IYFF) to the United Nations General Assembly to leading the IYFF International Steering Committee (ISC).

Marcela Villareal, Director of the Office for Partnerships, Advocacy and Capacity Development of the Food and Agriculture Organization (FAO) said that the international community is in debt of the Philippines for leading the successful celebration of the IYFF through the ISC under the leadership of Special Agriculture Representative Lupiño J. Lazaro Jr. as chair. She also commended the Department of Agriculture (DA) and the Department of Agrarian Reform (DAR) for spearheading the activities in the country.

“Thus, there cannot be a better place to celebrate the achievements of this year than here in Manila, in the Philippines,” Ms. Villareal said during the press conference of the IYFF Closing Event at the Dusit Thani Hotel in Makati City on November 27, 2014.

Themed "Closing the Year, Opening the Way Forward," the closing event co-organized by DA and DAR aimed to revisit the activities, achievements and outcomes of the year-long celebration and to affirm the course of action in continuing the process of promoting and supporting family and smallholder farmers.

Rasit Pertev, Secretary of the International Fund for Agricultural Development (IFAD) said that the IYFF has been an important landmark event as family farming has become a central issue in policy debates, and as it has encouraged inclusive stakeholder engagement with farm families at the center. He highlighted that the year has mobilized international opinion from governments and organizations.

“This year has elevated the role of small family farmers as agents of change for alleviating poverty,” Pertev said, “but our work is only beginning—this is a mark of paradigm shift. We are now in a stronger position for family farming-focused policies and even more united and focused to attain the future we want. We have built a common ground where we can work together as IFAD will also continue the agenda on family farming.”

“There are many lessons to be learned [but] we have seen the example of Brazil. Over a period of eight years, they took 18 million out of poverty. It is something that can be done, it is something that is achievable,” Agrawal said.

Speaking at the activity on behalf of President Aquino, Senate President Franklin Drilon said that the government always believes that the way to address the poverty in the Philippines is to support the agriculture sector.

“Today, we recognize the centrality of agriculture in building a developed, more equitable and inclusive Philippine society. Systems are now in place to develop the skills of farmers to enable them to compete. The government must [then] continue investing in human development to break the cycle of poverty,” Senator Drilon added. 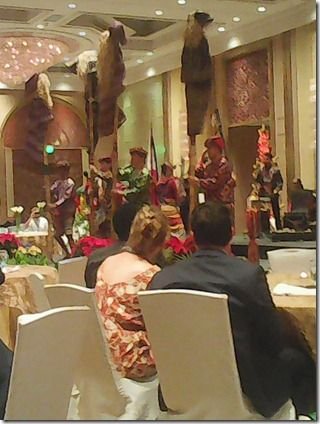 IYFF gains and the way forward

Ms. Esther Penunia, IYFF special ambassador for Asia and the Pacific said that this year has been a product of hard work initiated by farmers’ organizations and NGOs. She added that the IYFF has mobilized interest and enthusiasm from various stakeholders on family farming, especially from governments. But she added that there are still challenges to be faced.

“From our perspective, we can address these challenges by strengthening spaces opened by the IYFF such as national committees, which are institutionalized mechanisms for participation we can hold on to when we dialogue with governments,” Penunia said.

She also proposed an international decade of family farming to sustain the momentum of the IYFF and to further build and strengthen partnerships to show that farming is viable and could contribute to the development of the society.

ISC Chairman Lazaro said that while the IYFF has supported the development of policies conducive to sustainable family farming, it has also created synergies for sustainability with the establishment of international coordination mechanism and partnership.

“This legacy document symbolizes continuity of the IYFF campaign. Its purpose is to ensure that the goals and objectives of the IYFF will continue beyond 2014,” Lazaro said.

The document proposes mechanisms of sustainability such as continued partnership and collaboration at the global level and for Rome-based agencies—FAO, WFP and IFAD—and other international organizations and regional institutions to consider and maintain family farming as an integral element of their agenda.

With the IYFF, the world has indeed improved its understanding on the issue of farm families, and has enabled the crafting of policies to overcome challenges in the sector, Villareal stressed.

“What is fundamental and is needed now is the promotion of cooperatives and organizations. With strong associations that empower farmers, they can enter effectively into the value chain. And through the IYFF, that kind of policy environment—an enabling environment for small farmers—has been articulated more clearly,” Villeareal said.

Secretary Alcala affirmed that the Philippine government through DA, and in partnership with other agencies, will continue to support the advocacy on family farming as it embraces a brand of service that empowers family and smallholder farmers.